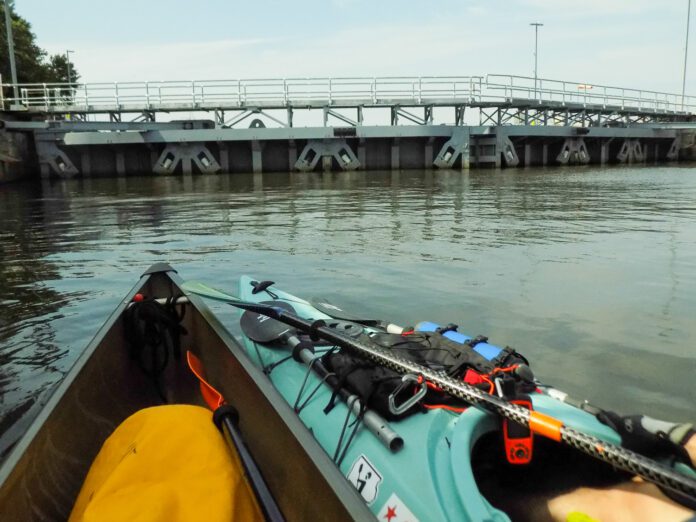 Art is in the eyes of the beholder! When an artCentral member, born to adventuring and viewing his journeys through his camera lens, made a recent paddling trip down the Big River he had eyes for art at every bend. Snapping his shutter right and left, he recorded many of his sightings (including a squadron of white pelicans)

Our Paddling Man (PM) is quick to say, “The real art is the art of living in small, old, red brick river towns— peaceful places with a sense of being scaled to the rhythms and size of human beings—and learning the rhythms of the Great River. Walkable downtowns along the riverfront with sidewalks and overlook viewpoints connect people with the Big River so close by.”

This was not PM’s first paddling adventure on the Mighty Mississippi with the Great River Rumble (run by volunteers as a not-for-profit). For eight summers he has joined 200 or so strong-in-body-mind-and-spirit folks (united by their love of big rivers and belief that rivers belong to everyone) who together launch their canoes and kayaks at start points, varying year to year, for 100 to 150 miles of downstream paddling. About 50% of the paddlers are women. Annually about 80% of participants are returnees from previous years. Lasting friendships, made and renewed with each Rumble, insure that no one gets left behind. In 2021, the seven nights camping and six days paddling began in Mud Lake Park, Iowa, and finished at LeClaire, one of Iowa’s “Quad Cities” on the River’s banks.

The Mississippi River, host to every kind of launch from rafts like Tom Sawyer’s to a gigantic barge tow a quarter mile long, is the second longest river in North America, flowing for 2,350 miles from its source at Lake Itasca, a small glacial lake in northern Minnesota, through the center of the continental United States to the Gulf of Mexico. (The longest river by 100 miles is the Missouri River.) Home to 25% of all North American fish species, the Mississippi’s widest point is over 11 miles across. Two people have swum the entire length of this river where water-skiing was invented.

This was the 25th and last year for the annual Rumble made with intentions to experience the life of tiny river towns and to do business to boost local economies while exploring the Mid-Western watershed of the Mississippi and its tributaries. Arrangements for 2021 began a year in advance. Various permits from different government agencies were acquired.  An affable road crew and rented trucks were obtained to carry the group’s camping gear.

In years past the Rumble’s organizers pre-arranged low-impact overnight camping in small town parks where local bands provided evening music and breakfasts and dinners were catered by fire departments or ladies church auxiliaries. This summer, the route dictated that the group spend several nights in remote areas, far from towns. With CDC protocols observed to keep the paddlers and townspeople safe, catered meals were delivered by nearby small town grocery stores. 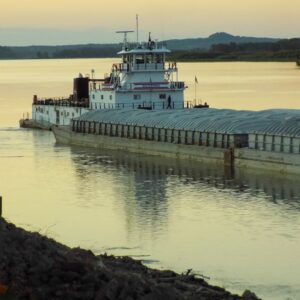 PM tells us, “This is not a float trip. You paddle every inch each of the way! Your attention is actively engaged every minute watching out for weather changes, commercial and pleasure river traffic plus your companions as you cross the river from side to side several times a day assisted by radio communication. This year offered more winds and waves, lots of heat and steady 15 mph head winds for the last three days of paddling. We went through three river locks. That is always interesting. We never go through a lock with any other boats except the four safety powerboats that always accompany us. The lock crews throw down 25 or more ropes for leaders to hang on. Others rafted up to the ones holding the ropes. All during the trip the job of the “Sweep” is to shepherd the slowest paddlers in the group to a safe trip and a safe exit from the water at the end of each day. On the last day of the trip, I was the “Sweep” and was the last boat in at the final finish line.”

Surely there is art in all of this—the last Great Rumble on the Great Mississippi!

At Hyde House, 1110 East Thirteenth Street in Carthage, the METAMORPHOSIS Exhibition concludes September 18, 2021. Gallery Hours are Fridays and Saturdays, 12:00-5:00 p.m. For more information call (417) 358-4404 or visit ArtCentralCarthage on Facebook or online at artcentralcarthage.org. 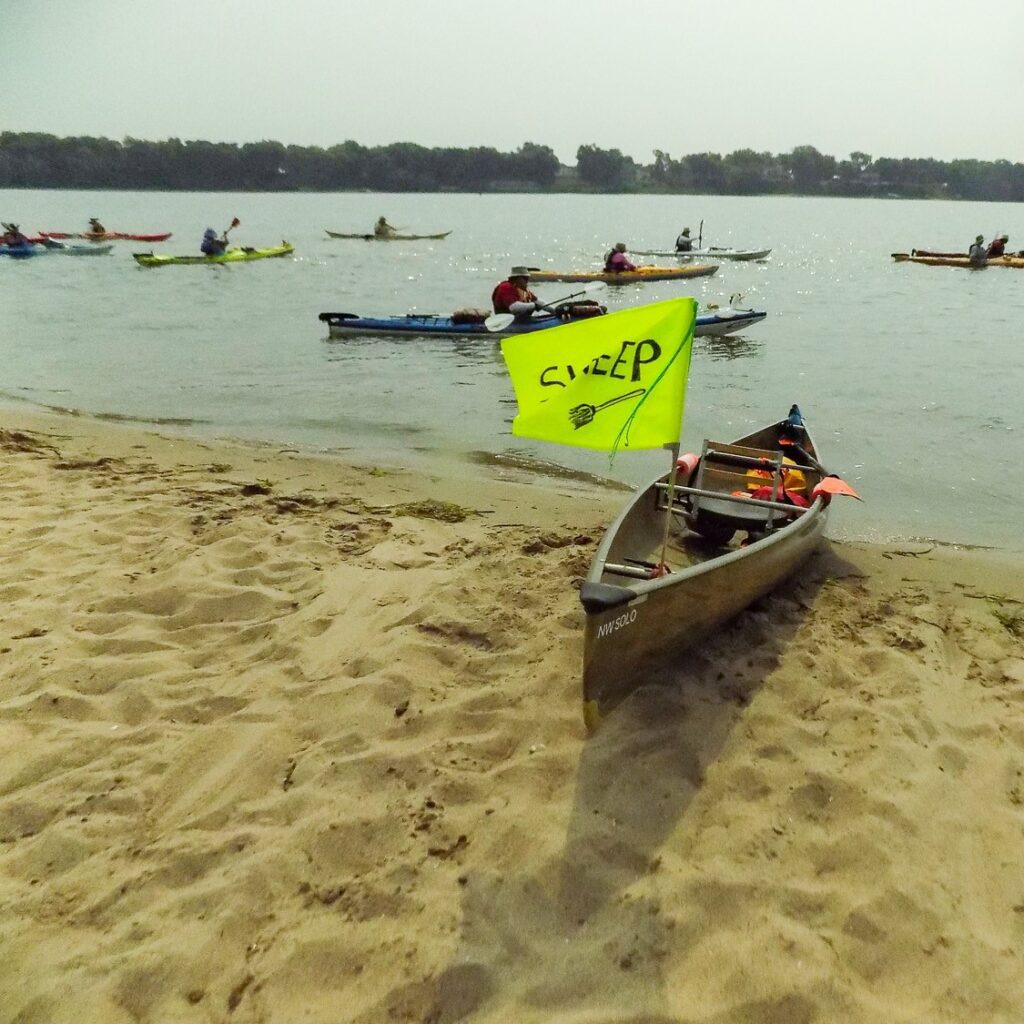