I am inspired this week by an assignment my wife is doing for a Law in Education class. Her assignment was to write about religion in school and particularly release time for religious classes. It is an interesting assignment for her because, unlike most of her class, she grew up in a state that actually does have release time in the high school. Religion, in general, is an interesting subject and historically speaking I have found most people are confused about what the Constitution says.

When I teach classes on the Constitution, after I cover the checks and balances and go over how the Constitution protects the people from the government and the government from the people, I then like to throw out some interesting questions to my students. First, I ask what the Constitution says about political parties, hint it says nothing. Then I like to ask, which article covers the separation between church and state. This is a trick question because even though the vast majority of Americans believe this line is in our founding document it is not. In actuality, the original Constitution said nothing at all about religion or God. You cannot argue for or against religion using the original document, there is simply nothing there to support your claims. Now after the Constitution was ratified, the first Congress amended the Constitution with the First Amendment which contains the Establishment Clause that states, “Congress shall make no law respecting an establishment of religion, or prohibiting the free exercise thereof.” You can interpret that for yourself if that clause restricts religious influence on government or just whether government cannot interfere with the practicing of religion. If you are wonder where the wall between church and state comes from, it was in a letter Thomas Jefferson sent to the Danbury Baptist Association.

If you are so inclined to see the Constitution as a Christian document, there are two good arguments. First, all the framers of the document were Christians, not all active church goers, but all would profess a belief in Christianity. Secondly, the Supreme court will not take up a case about religion until 1878. So, for eighty-nine years the courts, nor the government had any problem with some blending between church and state. The state simply could not interfere with how people practiced their own faith. That is until the government decided to crack down on polygamy in Utah in 1878. The courts really did not start taking up religious cases until the 1940s. If you are inclined to believe there should be a wall between the two, the best historical ground is simply if the Founders wanted to protect Christianity, they could have done so. Almost every state Constitution in 1789 had religious protections. The Founders did not just forget to add it.

However, while not everyone reads the Establishment Clause the same way, what is important is how the courts have interpreted it and the Supreme Court today has seen it as a wall. Today, whenever the courts have to decide a religious issue they apply what is known as the Lemon Test. In 1971, the Supreme Court struck down a practice in Pennsylvania where the schools were helping to pay for teacher’s salaries and books at religious schools. Alton Lemon led the charge against Pennsylvania for violating the Establishment Clause. Acknowledging the First Amendment’s language is vague, the Court determined a simple three question test to determine if any government is running afoul of the Constitution. The Lemon Test asks, 1) the primary purpose of the assistance is secular, (2) the assistance must neither promote nor inhibit religion, and (3) there is no excessive entanglement between church and state.

For my wife’s assignment, the Lemon Law had not come into effect when the Supreme Court originally denied an Illinois school board the ability to allow release time in 1948. The case, McCollum V. Board of Education said that since the school was allowing religious education on school grounds that it was unconstitutional. However, four years later the Court saw things differently in the case of Zorach V. Clauson in 1953. In this case, New York was allowing students release time for religious instruction off campus. They saw the difference in schools supporting religion as opposed to just accommodating it. Though it was not a unanimous decision Justice William Douglas wrote in favor of release time, “The First Amendment, however, does not say that in every and all respects there shall be a separation of Church and State. Rather, it studiously defines the manner, the specific ways, in which there shall be no concert or union or dependency one on the other. That is the common sense of the matter. Otherwise, the state and religion would be aliens to each other—hostile, suspicious, and even unfriendly.” In other words, Douglas was arguing that the government does not need to be hostile to religion to be separate.

Though release time from schools is still allowed by law, the Lemon Test since 1971, though controversial, has moved government more towards a wall of separation. The controversial part of the test is “excessive entanglement” and what that means.  The test was supposed to clarify the Establishment Clause and yet in some ways has only made it more confusing. With conservatives now the majority on the bench the question is will the Lemon Test continue to apply or might the Court swing the other direction and protect religious rights as we have seen with Hobby Lobby in Burwell v. Hobby Lobby.

Dr. James Finck is a Professor of History at the University of Science and Arts of Oklahoma and Chair of the Oklahoma Civil War Symposium. To receive daily historical posts, follow Historically Speaking at Historicallyspeaking.blog or on Facebook.

EarthTalk: Coyotes In The City – Get Used To It 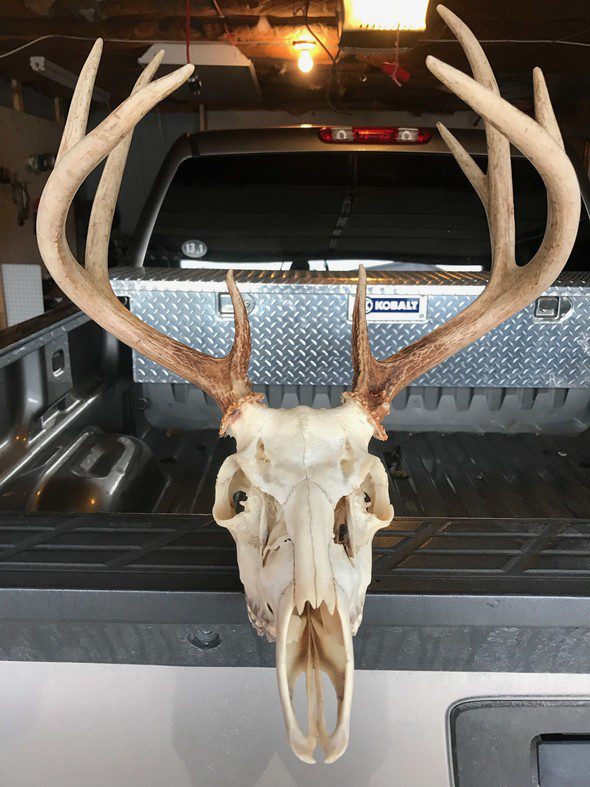 European-style mounts is a type of taxidermy that’s gaining in popularity among hunters as a unique way to preserve memories of your deer harvest. People interested in learning about how […] 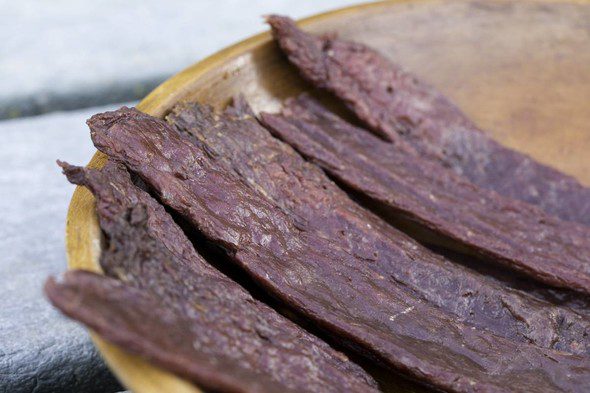 Besides giving hunters an enjoyable outdoors experience, a successful deer hunt can also provide a healthy snack option – venison jerky. People wanting tips on how to transform their harvested […] 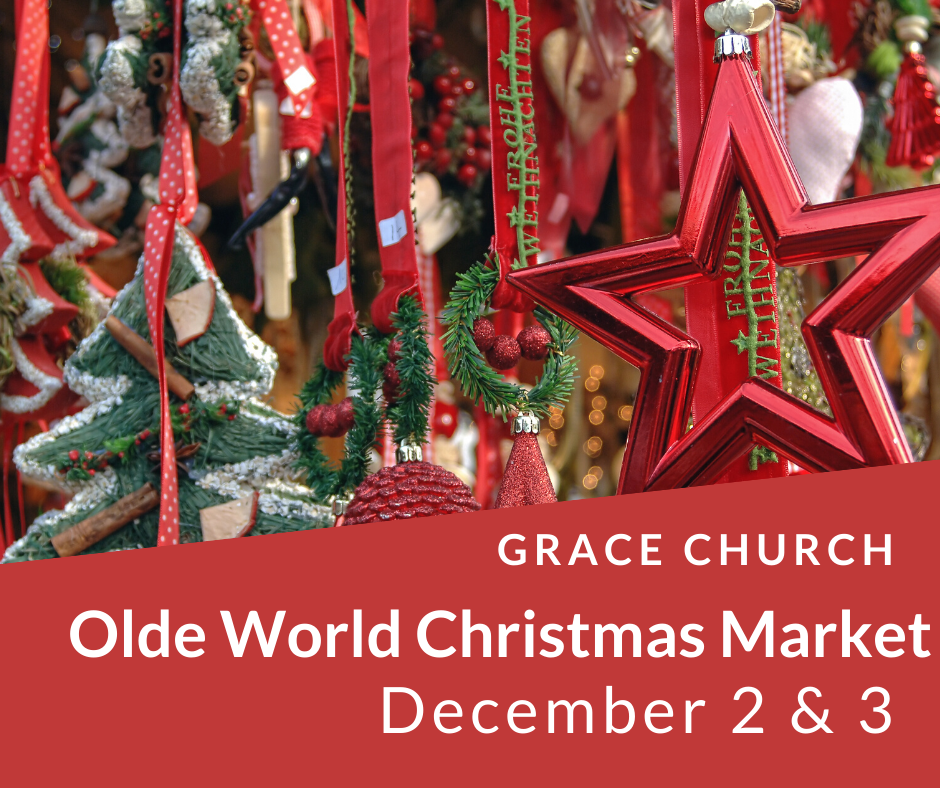 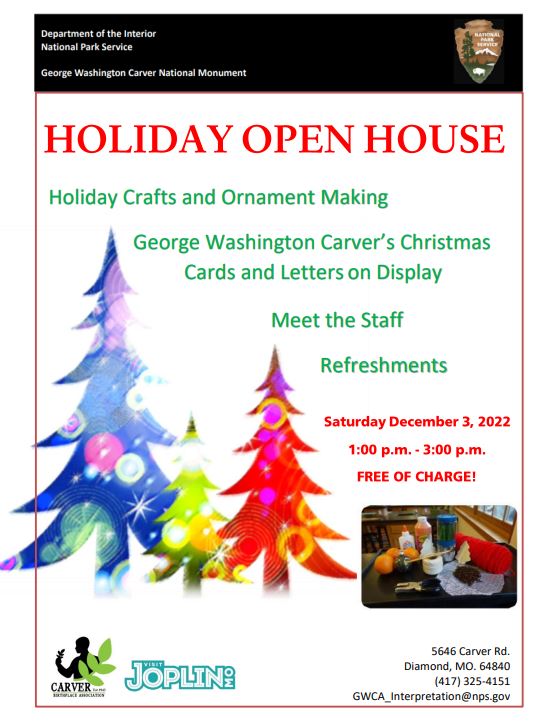 The staff of George Washington Carver National Monument invites you to Holiday Open House on Saturday, December 3rd from 1:00 – 3:00 pm. This indoor event is free of charge. […] 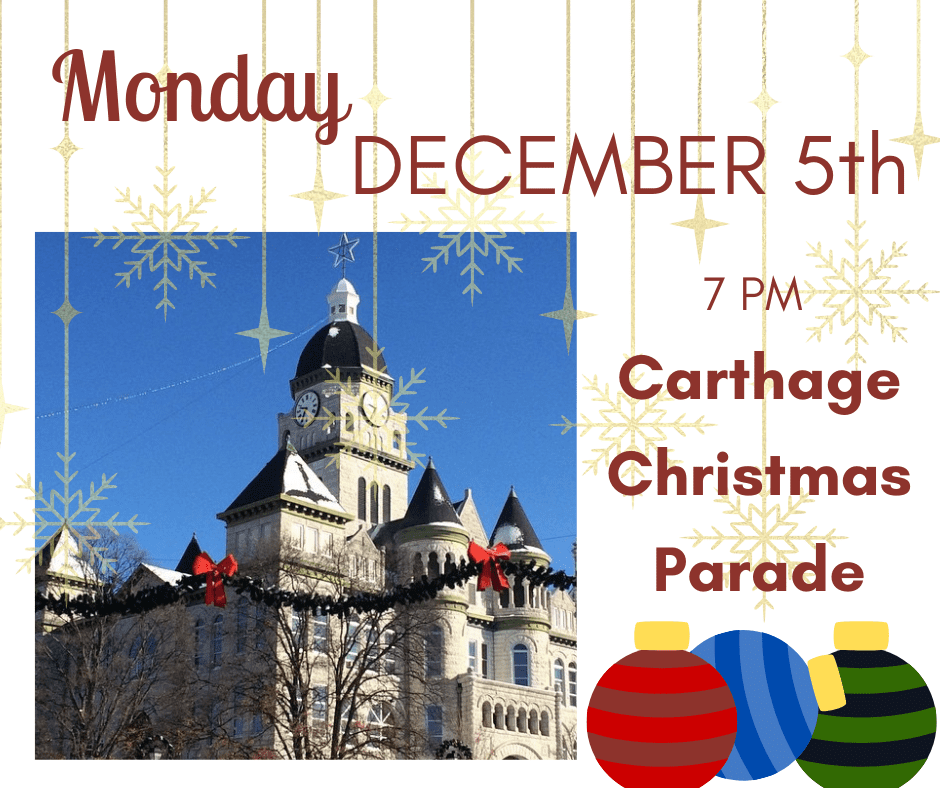 The 50th Annual Carthage Christmas Parade is planned and coordinated by Skills USA at the Carthage Technical Center. The parade follows the Christmas Tree Lighting event and brings a cast […]

Did you know that some Missouri frogs freeze nearly solid in winter and their hearts stop beating. Then they revive! Some owls start nesting in January and their eggs can […]