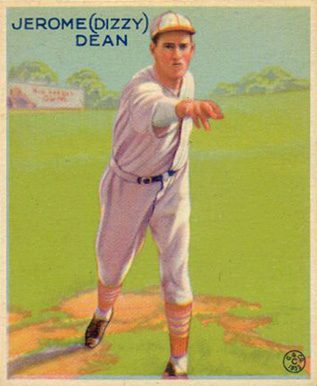 “It ain’t bragging if you can back it up.” Dizzy Dean is one of the greatest baseball players in Major League Baseball history. He said this famous quote before the 1934 season about how many games he and his brother would win that year as pitchers. Dizzy said, “me and Paul’ll win 45 games this year,” and the St. Louis Cardinals will win the World Series. So if December were a baseball player, it would be bragging about its stock market stats too.

Maybe it’s because people believe in the so-called Santa Claus rally. But the truth is that historically, the stock market doesn’t become an above-average performer until after Christmas, during the last few days of December and the beginning of January.

Since 1950, the S&P 500 index has averaged a monthly gain of 1.55% in December, making it the 3rd best month of the year behind November and April. It might be because it’s followed by a solid January, which is historically positive with an average monthly gain of 1.07% since 1950, according to the Stock Trader’s Almanac.

I feel optimistic about this December too, even though there are significant risks in play this year. Most notable are a declining housing market, continued inflation, and an aggressive Federal Reserve (Fed). While these risks aren’t going away anytime soon, the stock market could go into year-end with some gains if it follows its historical pattern.

Markets may have their work cut out for them this December, but I like the odds. The reason is I know the S&P has been positive in December 74% of the time since 1928, which is more than in any other month, according to Bespoke Investment Group. I think momentum is a deciding factor, and the markets have some.

Dizzy Dean backed his bragging up. In the 1934 season, the Dean brothers won 49 games, 30 for Dizzy and 19 for the rookie Paul, and the great St. Louis Cardinals did win the World Series. Another great Dizzy Dean quote is, “anybody who’s ever had the privilege of seeing me play knows that I am the greatest pitcher in the world.” I hope the markets have that kind of confidence and end up backing it up too.

Opinions voiced above are for general information only & not intended as specific advice or recommendations for any person. All performance cited is historical & is no guarantee of future results. All indices are unmanaged & can’t be invested into directly.