CARTHAGE, Mo. — A jokester, a business leader, a community leader, a friend to Carthage families in their times of greatest need — Neel Baucom served in all these roles as he gave generously to his community over more than seven decades on earth.

He would have turned 74 on Tuesday.

“I like talking about my dad, it’s good memories,” Justin Baucom said. “A funeral home director has a unique relationship with a community and I think maybe he exemplified that more than most. He came from a time when a lot of the funeral homes were family owned and operated so they were implanted in the community. It takes someone who has a servant’s dedication and a servant’s heart to do that and that was definitely him. He worked and worked and worked and did everything he was ever asked to do.”

Comfort to the grieving

Knell Mortuary is the oldest funeral home in Jasper County and one of the oldest businesses in Carthage. The Knell family started it, along with a furniture business, in the 1870s and Neel Baucom joined it in the 1970s upon returning from military service as a U.S. Navy corpsman.

Baucom bought the other Knell family members’ shares as they passed on and eventually became sole owner of the business.

“I know it was tough for him to sell because when he started and the Knells started to pass away, he bought it piece by piece and it was important to him that it was still family operated,” Justin Baucom said. “He was there, my mom was still there, my grandma Dorothy was still around at that point. I think it was a struggle for him, he didn’t want to give it up, but my brother and I didn’t have any interest and it really got to a point where we convinced him to find someone he trusted to take it over. We said find someone will run it right, how you will do it, and enjoy retirement. You deserved it, you earned it.”

Justin Baucom said his dad loved what he did and he loved bringing comfort to those who were grieving.

“He did it for 40-plus years,” Justin Baucom said. “I don’t know how he did it. I was around and I saw it. It was amazing to watch, like how he dealt with people at their worst times. He had a lot of compassion for people and it definitely showed. I could never have done that job, but it was something that he really enjoyed.

“Even when he retired a couple of years ago he was still working funerals for people he knew and requested him. He was still involved and it was hard for him to give up but I’m glad he got away from it a little bit and got to enjoy retirement and be with his grandkids.”

Those who knew Neel Baucom also knew he had a funny side.

Long-time friend and fellow military veteran Robert Russow said he and Neel Baucom were always needling each other and other people at their morning coffee group at the Carthage Deli.

“Up at the Deli, we’d go back and forth and we had those guys just rolling under the tables laughing,” Russow said. “He always had something funny up his sleeve and they always picked on him. We had a big turnout at the Deli this morning by the time I had called some of them last night after I had found out. We had a big turnout and everyone there had one story or more about Neel.”

Russow talked about the time he was showing his classic car at a car show held in Central Park across the street from Knell Mortuary, and Neel Baucom came over and sat down with Russow next to his car.

“I said I’m going to go look around and look at cars and he said I’ll just sit here in your chair and watch your car,” Russow said. “I found out later that people were coming by and asked him, is this yours. He’d tell them, oh yeah, I’ve had it since high school. I fixed it all up. He told us that at the coffee shop later.”

Louise Petersen, one of the first women inducted into the Carthage Rotary Club, said Baucom holds a special place in her heart.

She tells the story about how she was inducted into the Rotary Club.

“Before women were allowed in Rotary, I used to go and help the Rotarians at Brats on the Square during Maple Leaf,” Petersen said. “Every time I’d show up there Neel would look at me and say ‘What are you doing here?’ I said I am helping and he said why. I said you know why. I said I’ve always told you that when you allow women in rotary in Carthage, I want to be the first one to do it. He said, that’ll never ever happen. I said we will see.

“So this went on for years. Then all of a sudden Ron came home one night from Rotary and he said to me, your name has been put up as a Rotarian and you were voted in. I said who put my name up? He said you’re never going to guess. He said Neel did, and I was just flabbergasted. I said of all people to have done that.”

Louise said Neel Baucom worked hard to carry on the legacy of the Knell family.

“As far as Neel was concerned, he had a very special relationship with this community,” Petersen said. “He knew so many people. I know when my mother in law died in April a year ago, he stood there with tears in his eyes at the cemetery and I just went up and hugged him. He just couldn’t talk to me. He kind of carried on a lot of the legacy that the Knells did. He was such a giving man. There just wasn’t anything he wouldn’t do for people. He was something else and he’s going to be missed very very much.”

Ron Petersen Sr., Louise Petersen’s husband and another long-time Rotarian, said Neel Baucom was a servant of people and of God.

“I’ve been in Rotary since 1977 and I was president in 1997 and Neel always seemed to be there for the club,” Ron Petersen Sr. said. “He was a great servant not only to the Rotary Club but to the community as well. He had his fingers in a lot of pies. He was the kind of person who, if he told you he was going to do something, he’d do it. He didn’t let you down.

“I’ll never forget when (a partner in the mortuary) Robby Knell died and Neel was still treasurer of the Rotary Club. He still had to get the newsletter from Jack Harshaw and he would then go back to the office at Knells and print off the labels and send the newsletters out. I learned that Robby had died and I told Neel, you’ve got your hands full, let me take care of those newsletters, and he almost cried to think I would step in and help him. That was the kind of guy he was, he was going to carry on no matter what.”

Mark Elliff, president of the Carthage Chamber of Commerce, recalled Neel Baucom’s influence on the Chamber and his role at the annual Chamber Banquet handing out the awards to Carthage teachers and school administrators known as the Golden Key Award.

“I was very saddened to hear the news that he had died,” Elliff said. “Neel was always a big part of the Chamber annual banquet with his sense of humor and wit. He was also a very compassionate individual which was evident as he dealt with bereaved families. He will be greatly missed.”

Ron Petersen Sr., who has served as master of ceremonies at the banquet for years, said Baucom “would bring the house down,” when he handed out those awards.

“He had that dry wit,” Petersen said. “He could say something and it took you about a minute to catch on, then you’d laugh and he’d look at you and say, what are you laughing about.”

Neel Baucom also served for 12 years on the Carthage Board of Education. Justin Baucom followed in his father’s footsteps and currently serves on that board.

“He was a very good board member but even better person,” said Carthage School Superintendent Mark Baker. “His sense of humor definitely set him apart from others. He was truly dedicated to the Carthage community and schools. Neel took being a board member serious even though he could make people laugh.”

Chuck Bryant, general manager of the Carthage Water & Electric Plant, talked about Neel Baucom’s service on the utility’s board of directors. Baucom had just finished a term as president of that board before he fell ill.

“I think his biggest attribute was the ability to create relationships with people anywhere, any time and relate to people in a way that puts them at ease and we were able to get some real benefit from the insight that he had,” Bryant said. “Neel was great at creating personal relationships with people regardless of the position they held in the company. He was a board president and he had great relationships with all levels and all departments in our company, and that’s a real attribute that we all need to improve on in life.

Services are pending with Knell Mortuary and will be updated here: https://www.knellmortuary.com/obituaries/Richard-Neel-Baucom?obId=20467015#/celebrationWall. 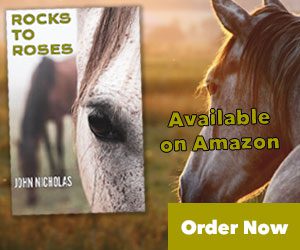