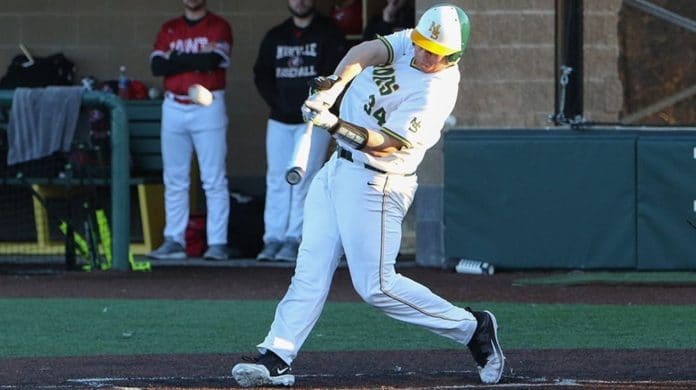 BOLIVAR, Mo. — Missouri Southern junior righty Will Bausinger had a stellar outing, but the Southwest Baptist Bearcats came-from-behind and took a 3-2 win in the series finale today.

Bausinger went into the eighth inning, striking out nine and allowing just three hits and one earned run, but picked up a no-decision. Logan VanWey, River Wright and Cam Bednar threw in relief for the Lions (26-12, 17-7 MIAA) with Wright picking up the loss to follow to 2-1 on the season.

Leighton singled home Coffee in the second to put the Lions up 1-0, before the Bearcats tied it up with a run in the fourth.

Phillips doubled home Million in the seventh before the Bearcats tied it in the eighth and won the game in the ninth.

The Lions will be back in action on Tuesday night as the Lions play host to Emporia State in non-conference action. First-pitch from Warren Turner Field is slated for 5 pm.