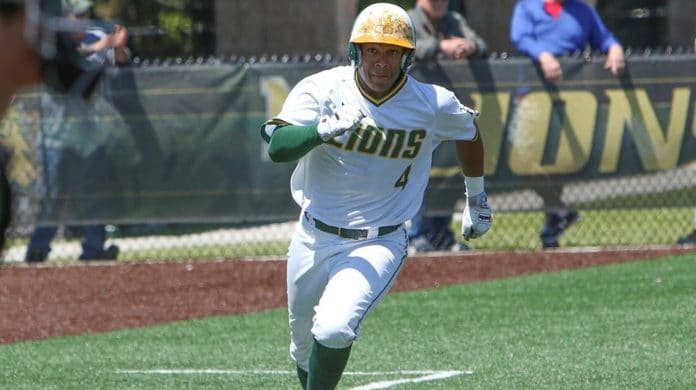 PITTSBURG, Kan. — The Missouri Southern baseball team dropped a 2-0 decision today to Central Oklahoma in the second round of the 2019 MIAA Baseball Tournament in Pittsburg.

The Lions (33-18) will move on to play Lindenwood tomorrow at 9 am in an elimination game. If Southern wins, the team will play directly following that game against the winner of the Central Missouri – Pittsburg State game being played tonight.

Southern got two hits from Mike Million and a hit each from Freddie Landers, Denver Coffee, Matt Miller and Dexter Swims.

Will Bausinger started and went eight innings, striking out six and walking none in the tough-luck loss. River Wright and Bradly Hershey threw in relief for the Lions.

UCO (35-16) got three hits from Joe Mondragon and two from Dru Barrier as starter Gabe Littlejim went six innings and struck out five to get the win. Landon Bond, Junior Obeso and Josh Rutland threw in relief with Rutland picking up the save.