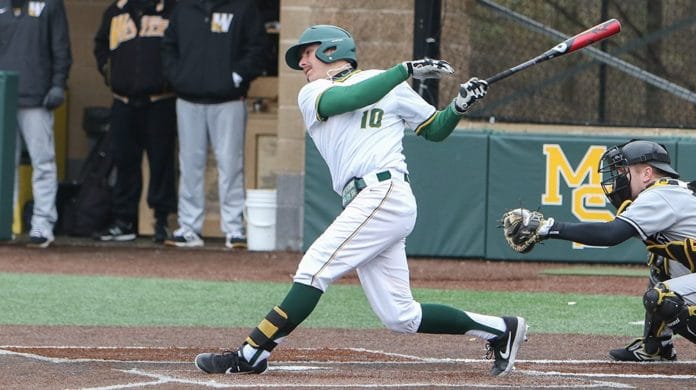 The Lions (28-13, 19-7 MIAA) got a 3-for-4 day at the plate from Coffee as he had a home run, a double and a single, along with three RBIs and a run scored. Ryan Hunter had a hit and three runs scored, while Dexter Swims and Freddie Landers had two hits each. Mike Million had a home run, while Matt Miller had a hit of his own. Jon Leighton added an RBI.

Zac Shoemaker started and went five innings to move his record to 5-2 on the season, striking out five in the process. River Wright, Joey Reeves and Brennon Covington threw in relief with Covington striking out four of the five batters he faced to pick up his first save of the year.

The RiverHawks got on the board first with a run in the top of the first, but the Lions answered right back with a run in their half of the inning when Landers drove home Swims to tie the game.

Hunter doubled to start the second inning and Coffee followed that up with a home run to right field to put the Lions up 3-1. Southern got another run in the fourth on a sacrifice fly from Leighton to go up 4-1, but NSU tied the game at four with three runs in the top of the fifth.

Mike Million quickly untied the game as he homered to lead off the bottom half of the fifth inning. The Lions followed up with a double-steal to score Landers and then Coffee added an RBI double to score Hunter to put the Lions up 7-4. Wright, Reeves and Covington held the RiverHawks scoreless in the final three innings to secure the win.