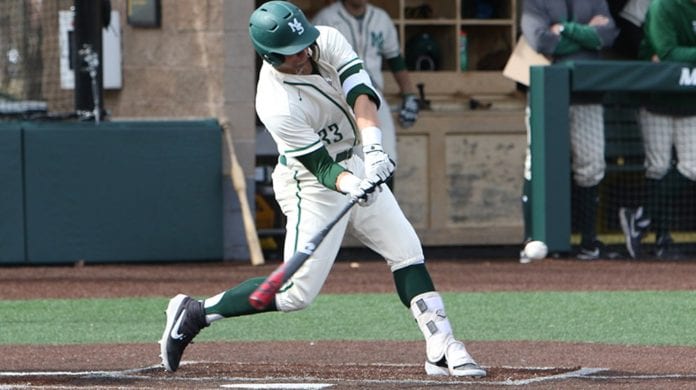 JOPLIN, Mo. — The Missouri Southern baseball team scored five runs in the sixth and three in the eighth and the Lions took out visiting Washburn 12-9 today on Warren Turner Field.

Southern (14-5, 6-2 MIAA) got another strong performance in relief from Bradly Hershey as he went two innings of hitless ball, striking out four to pick up win number three (3-0) in relief. Zac Shoemaker started and went four innings, while River Wright, Austin DesRosche and Cam Bednar threw in relief.

Offensively, the Lions were led by Freddie Landers as he had four RBIs and three runs scored, going 1-for-2 at the plate with a home run. Mike Million had a home run and a double, driving in three and scoring once, while Calem Nutting had a bases-clearing triple. Troy Gagan went 3-for-4 with three runs scored, a home run and an RBI, while Dezter Swims drove in a run of his own. Joe Kinder, Denver Coffee, Matt Miller and Dan Lenz scored a run each.

The Ichabods started the scoring with a run in the first, but the Lions answered back with a home run from Million in the bottom half of the inning. Million added two more in the second with a two-RBI double scoring Kinder and Landers in the second.

Hoover answered with a three-run homer for the Ichabods in the third to put Washburn up 4-3, but again, the Lions answered, this time with a home run from Gagan in the bottom of the third to tie it at four.

Washburn went back up with an RBI double from Hoover in the fifth before the Lions answered with five runs in the sixth to go up 9-5. Swims had an RBI groundout to score Gummere, while Landers had a bases-loaded walk to put the Lions up 6-5, scoring Coffee. Nutting then cleared the bases with a triple off the wall in right.

Washburn added a run in the eighth, berore Landers mashed a three-run homer to left-center to have Southern go up 12-6 after eight. The Ichabods added three runs in the ninth, but couldn’t get any more.