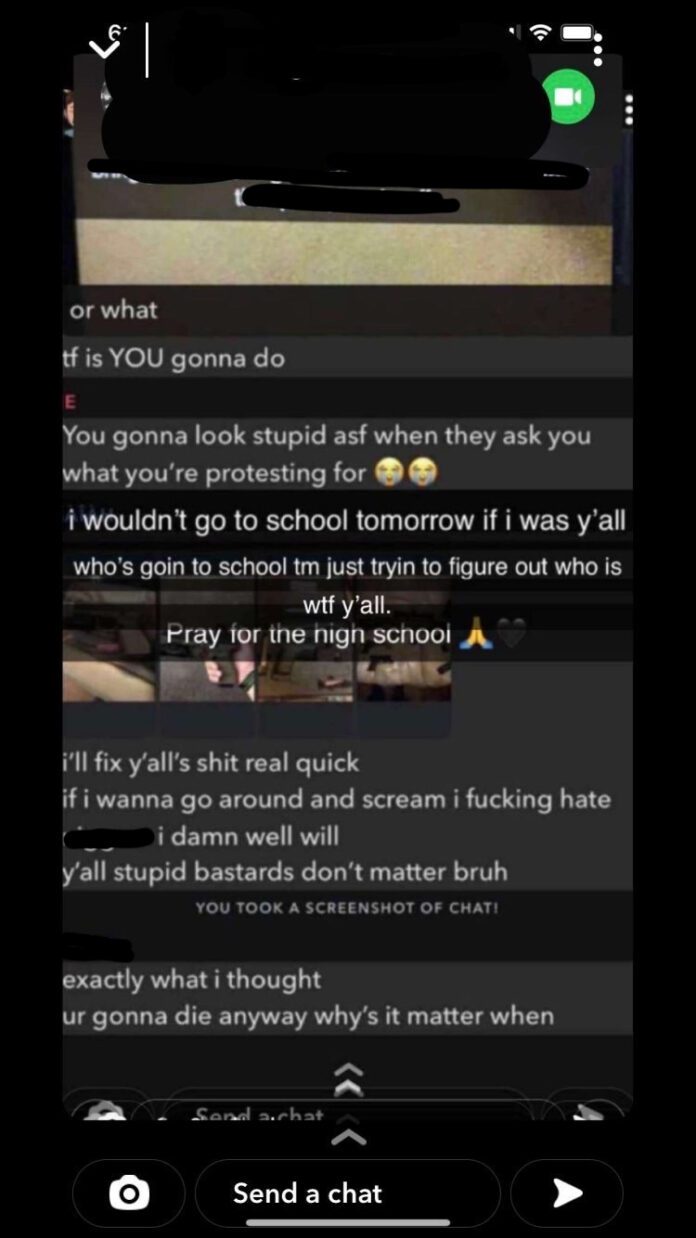 Students coming to Carthage High School Wednesday morning might have noticed a heavier-than-normal police presence at the school, but the presence turned out to be precautionary and investigators say the threat that prompted it came from another school district.

Carthage Police Chief and Assistant City Administrator Greg Dagnan said the department received screenshots from a concerned resident appearing to show a threat to a high school. No specific school or community was mentioned in the threat, Dagnan said.

At 9 a.m., Dagnan said he was alerted that his investigators had determined the threat originated in another school district in another county and was in no way related to Carthage.

But because that had not been determined by the time students had started arriving at Carthage High School, officers were posted there early Wednesday morning as a precaution.

“We were out there working with Carthage High School administration just to make sure,” Dagnan said. “At the point when students started arriving it did not seem like it originated in Carthage, but like we’ve talked about a hundred times, you have to take them seriously no matter what you think it looks like initially. You’ve got to take it seriously so we did that, and through a pretty dang fast investigation, it’s only 9 a.m., we were able to prove it originated in another school district.”

Dagnan said the incident evolved as it should have in this era of tensions because of more frequent violence in schools.

“This happened the way it should have,” he said. “Someone locally here noticed a threat and let us know. And we were able to investigate it and even though it did not originate here, it’s always better for us to investigate, find out what really happened rather than just to assume it’s not us or that it’s all going to be ok.”

Screenshots of the threat 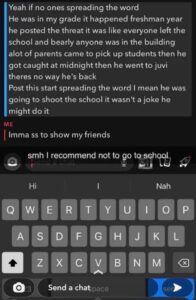