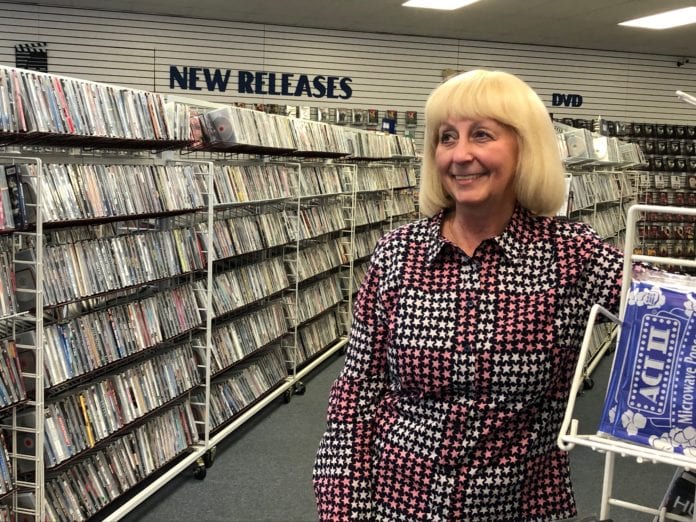 Pictures of little smiles adorn the walls and align the front counter at Video World & Tanning ­–­ Janet Nichols says those smiles are what she’s going to miss the most after she closes her store after 20 years of business with the Carthage community.

“I have taken those pictures since I’ve been here,” Nichols said. “I’ve taken two sets actually – there’s a big file of them too – There’s pictures of kids that are now married and coming in with their kids. I’ve been here long enough that I’ve employed two generations.”

Nichols said health issues as well as the toll on business from the online video industry resulted in her decision to close. The last rental date will be Feb. 17.

“It’s the end of an era – like going from cassettes to CD’s to now online ­– but I’ve always loved the romance of seeing the boxes and interacting with kids at the counter,” she said. “That was the fun part of it to me and I’ll miss it. I have made some of the most beautiful friendships and God has blessed me so much. I’m not going to miss movies. It’s the relationships that you form. Leaving people behind is very hard. I love them.”

Video World was established in Carthage in 1982 on Garrison Avenue by John Holliday. He occupied the log cabin for several years (in today’s roundabout location) and in December 1998 Nichols purchased the store and moved it into its current space behind Casey’s on Maple Street. Nichols is a Carthage native, and returned home after owning and operating a video store in Miami, Oklahoma for seven years.

Nichols said she was glad the future of the building will contain the same Christian values she held strongly in her business. Halo Salon ­– which occupies the north section of the building – will move into Video World’s space and will add a new gift shop and massage therapist to the business.

“The tanning will remain, and it’ll be a nice salon,” Nichols said. “They’re wonderful girls (Halo owners Jade Reed and Taylor Macy) and their Christian values are unshakable … I want to thank the people of Carthage. They’ve always been so welcoming and I’ve enjoyed them. It’s been amazing to get to watch their children grow up and I’ve had so many people express their love for my store their experiences here. I love them.”