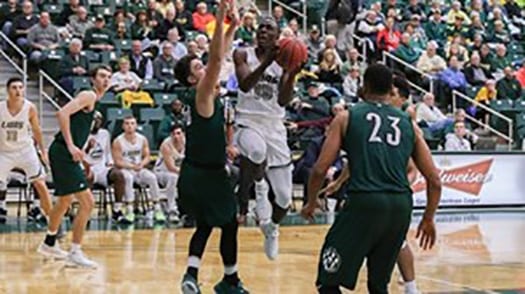 Clark led the Lions (19-5, 10-4 MIAA) in scoring with 22 points, going 9-of-13 from the field and 4-of-7 from the 3-point line, adding five rebounds in the process. He now has 267 3-pointers, passing Austin Wright for the all-time lead. He also moved his career point total to 1,300, just four away from passing Taevaunn Prince for 11th-place all-time.

Cam Martin nearly missed out on a triple-double as he scored 19 points, pulled down nine rebounds and dished out seven assists, also adding a block in the process. Kinzer Lambert had 11 points and nine rebounds, while Enis Memic scored ten and pulled down eight boards.

Clark’s fourth three of the game, this time with ten minutes left in the game put the Lions up 25, their largest lead of the game.

Southern shot 48 percent from the field. The Lions assisted 18 times on their 29 baskets and had five steals in the game.

The Lions will be off this week, but will be back in action one week from today, travelling to play Pittsburg State. Tip off from John Lance Arena is slated for 3:30.

artNotes from Hyde House: WEALTH is the COMPANY YOU KEEP